“Without translation, we would be living in provinces bordering on silence.” 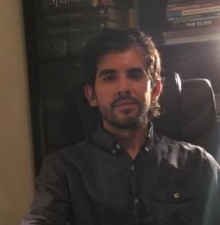 My name is Mauricio Gamarra, I am an English/Spanish translator, and am a proud member of ATA (American Translators Association) and NYCT (New York Circle of Translators). I am from Argentina and live in Brooklyn, New York. I studied at Universidad Católica de Salta in Argentina and at the City University of New York.

As for my other facet, I am a musician and coffee lover and in my free time I enjoy playing and creating music with my friends as well as developing new skills and honing old ones.

There are hundreds of ways a translation project can go off track: ridiculous deadlines, ambiguities in source text amplified by the translator not asking questions, misapplied MT (machine translation), no proofreading of typeset text by a native speaker and so on. Here are some warnings:

Resist the temptation to do it yourself

Speaking is not writing. Oral fluency does not guarantee smooth, stylish writing. Even if you regularly negotiate successfully in French, German or Spanish, and spend lots of time in the countries where those languages are spoken, 99 times out of 100 your written command of a foreign language will be immediately recognizable as “foreign.” This may or may not be important. It may not be important if (1) your main selling point is price (price-driven clients will put up with a lot if they manage to understand the basics) or (2) you want to emphasize a certain foreignness (think Ahnuld and Zsa Zsa).

If you want your catalog translated into German and Russian, the work will be done by a native German speaker and a native Russian speaker. Native Englishspeakers translate from foreign languages into English. As a translation buyer, you may not be aware of this, but a translator who flouts this basic rule is likely to be ignorant of other important quality issues as well. OK, there are exceptions. But not many. If your supplier claims to be one of them, ask to see something he or she has done. If it’s factually accurate and reads well, and if the translator guarantees equal quality for your text—why not? Sometimes a linguist with special subject-matter expertise may agree to work into a foreign language. In this case, the translation must be carefully edited—and not just glanced through—by a language-sensitive native speaker before it goes to press.

Professional translators are writers, producing texts that read well in the target language. They are usually fluent in their source language(s) as well. But they are above all effective bridges between the languages they work in; they can render the message of the original text, with appropriate style and terminology, in their native language. Bilingualism is something else. Bilinguals speak two languages fluently, but are not necessarily good at moving information between the two, especially in writing. And many people described as bilinguals overestimate their communication skills altogether.

Lina’s, a pricey French sandwich chain, advertised for franchisees abroad with a text concocted by a self-proclaimed bilingual employee. Slogan: “Tomorrow, we will expect on your dynamism.” Response: zero.